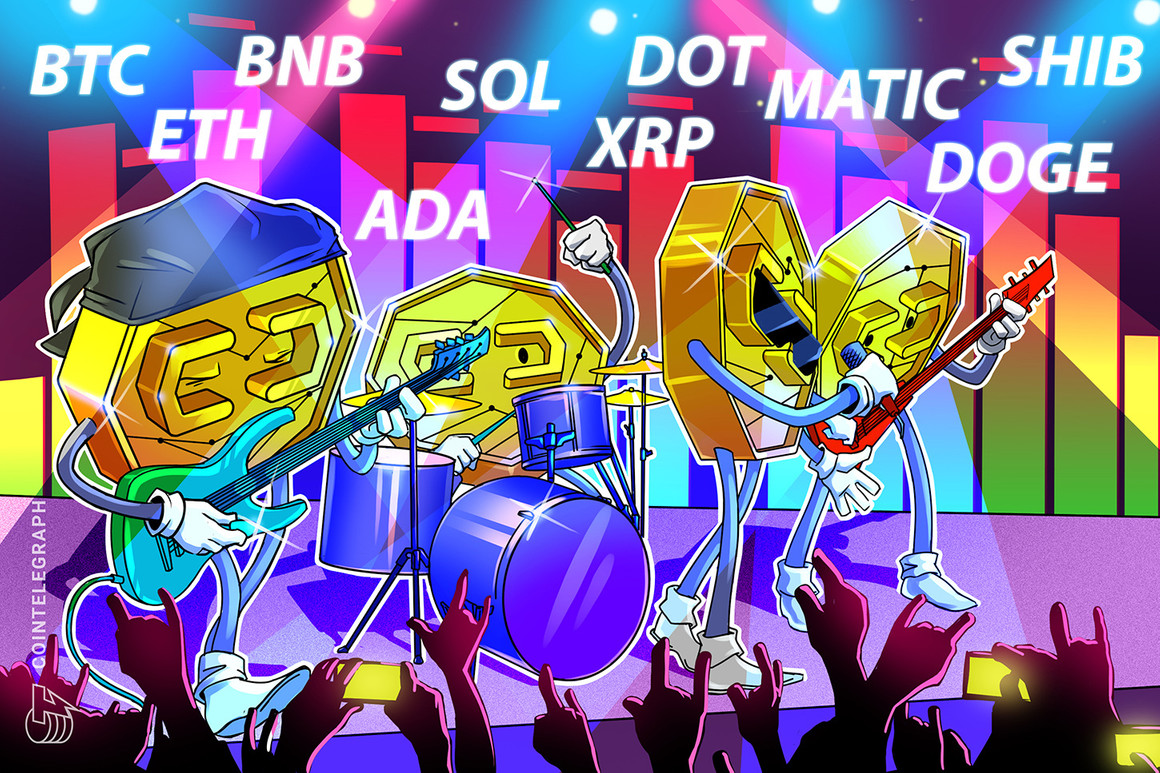 The Federal Reserve hiked rates by 75 basis points on Sept. 21 and Fed Chair Jerome Powell projected another 125 basis points increase before the end of the year. If that happens, it will take the benchmark rate to 4.4% by the end of the year, which is sharply higher than the June estimates of 3.8%. The Fed also intimated that it only expects rate cuts to be considered in 2024.

The expectation of higher rates pushed the 2-year Treasury to 4.1%, its highest level since 2007. This could attract several investors who are looking for safety in this uncertain macro environment. Higher rates are also likely to reduce the appeal of risky assets such as stocks and cryptocurrencies and may delay the start of a new uptrend.

Even though Bitcoin (BTC) faces several headwinds in the near term, it did not deter MicroStrategy from buying more coins. After the latest purchase of 301 Bitcoin, the company’s stash has risen to 130,000 Bitcoin. This shows that MicroStrategy and its executive chairman, Michael Saylor, remain bullish on the long-term prospects of Bitcoin.

Bitcoin and altcoins are trying to stabilize after the Fed’s announcement. Could they start a recovery? Let’s study the charts of the top 10 cryptocurrencies to find out.

Bitcoin plunged below the immediate support at $18,626 on Sept. 19 but the long tail on the candlestick shows strong buying at lower levels. The bulls again defended the level on Sept. 21, which is a positive sign.

Buyers will have to push the price above the 20-week exponential moving average (EMA) ($20,100) to indicate that the sellers may be losing their grip. The BTC/USDT pair could then rise to the 50-day simple moving average (SMA) ($21,363). This level may again act as a stiff resistance but if bulls overcome this barrier, the pair could rally to $25,211.

Ether (ETH) has been declining in a descending channel pattern for the past few days. The price bounced off the support line of the channel on Sept. 19, indicating buying on dips.

The bulls are attempting to start a relief rally, which could pick up strength above $1,400. If this level is conquered, the ETH/USDT pair could rise to the 20-day EMA ($1,513). This level could be the real test for the bulls in the near term because a break above it could clear the path for a possible rally to the resistance line of the channel.

If the price turns down from the 20-day EMA, it will suggest that the sentiment remains negative and traders are selling on rallies. That could sink the price to the support line of the channel. If this support fails to hold up, the pair could plummet to $1,000.

BNB is correcting inside a descending channel pattern. The strong bounce off $258 is a positive sign as it indicates demand at lower levels.

The bulls will attempt to push the price above the 20-day EMA ($278) and challenge the resistance line of the channel. The 50-day SMA ($293) is placed just above the channel; hence, the bears are expected to defend the level aggressively.

If the price turns down from the resistance line, the BNB/USDT pair could again drop to $258. If this support cracks, the pair could slide to the support line of the channel.

The bulls will have to push and sustain the price above the channel to improve the prospects of a rally to the stiff overhead resistance at $338.

Ripple (XRP) broke and closed above the overhead resistance at $0.41 on Sept. 20 but the bulls could not build upon this strength. The bears pulled the price back into the range on Sept. 21.

If the bulls do not give up much ground from the current level, it will increase the possibility of a break above $0.41. The 20-day EMA ($0.36) has started to turn up and the RSI is in the positive territory, indicating that the path of least resistance is to the upside. If the price breaks and sustains above $0.41, the XRP/USDT pair could reach $0.46 and then $0.52.

The bears will have to sink the price below the moving averages to suggest that the pair may continue to oscillate inside the range for some more time.

Buyers are trying to sustain Cardano (ADA) above the uptrend line. The bulls tried to push the price higher on Sept. 21 but the long wick on the candlestick shows that bears are selling on intraday rallies.

If the price continues lower and slips below the uptrend line, the ADA/USDT pair could drop to the pivotal level at $0.40. If bears sink the price below this support, the pair could start the next leg of the downtrend.

Solana (SOL) bounced off the immediate support at $30 but the bulls could not push the price above the 20-day EMA ($33). This indicates that bears are active at higher levels.

A minor positive is that the bulls have not given up and are again trying to propel the price above the 20-day EMA. If they manage to do that, the SOL/USDT pair could rally to the 50-day SMA ($36). The bears may attempt to defend the zone between the 50-day SMA and $39 because if they fail to do so, the pair may soar to $48.

To invalidate this bullish view, bears will have to pull the price below $30. That could sink the pair to the important level at $26. If this support gives way, the pair could resume the downtrend.

Dogecoin (DOGE) is getting squeezed between the 20-day EMA ($0.06) and the immediate support at $0.06. This suggests that the bulls are buying the dips but they continue to face strong resistance from the bears on every minor rally.

If the price breaks above the 20-day EMA, it will suggest that buyers are making a comeback. The DOGE/USDT pair could then rise to the 50-day SMA ($0.07) where the bears will again try to stall the recovery. The bulls will have to overcome this obstacle to open the doors for a possible rally to $0.09.

If the price turns down and breaks below the strong support at $0.06, it will indicate that the uncertainty has resolved in favor of the bears. The pair could then decline to the crucial support at $0.05.

Polkadot (DOT) has been consolidating between $6 and $10 for the past several days. The price has slipped to the critical support at $6, which had held successfully in mid-July.

Buyers are expected to defend the $6 level with vigor because a break and close below it could signal the resumption of the downtrend. The DOT/USDT pair could then decline to the next major support at $4.

Alternatively, if the price rebounds off the current level and breaks above the 20-day EMA, it will suggest accumulation at lower levels. The pair could then rise to the 50-day SMA ($7.69). A break above this level could clear the path for a possible rally to $10.

Polygon (MATIC) has been trading inside a large range between $0.72 and $1.05 for the past several days. The price has currently reached the support of the range.

If the price bounces off $0.72, the pair could reach the 20-day EMA. This is an important level to keep an eye on in the short term. If the price turns down from this resistance, the likelihood of a break below $0.72 increases. The MATIC/USDT pair could then drop to $0.62 and later to $0.52.

On the contrary, if the price rises above the moving averages, it will suggest strong demand at lower levels. That could keep the pair stuck inside the range for a few more days.

If bulls want to avert this collapse, they will have to quickly push the price above the 20-day EMA. The pair could then rise to $0.000014 where the bears may again mount a stiff resistance. If the price turns down from this level, the pair may consolidate between $0.000010 and $0.000014 for some time.