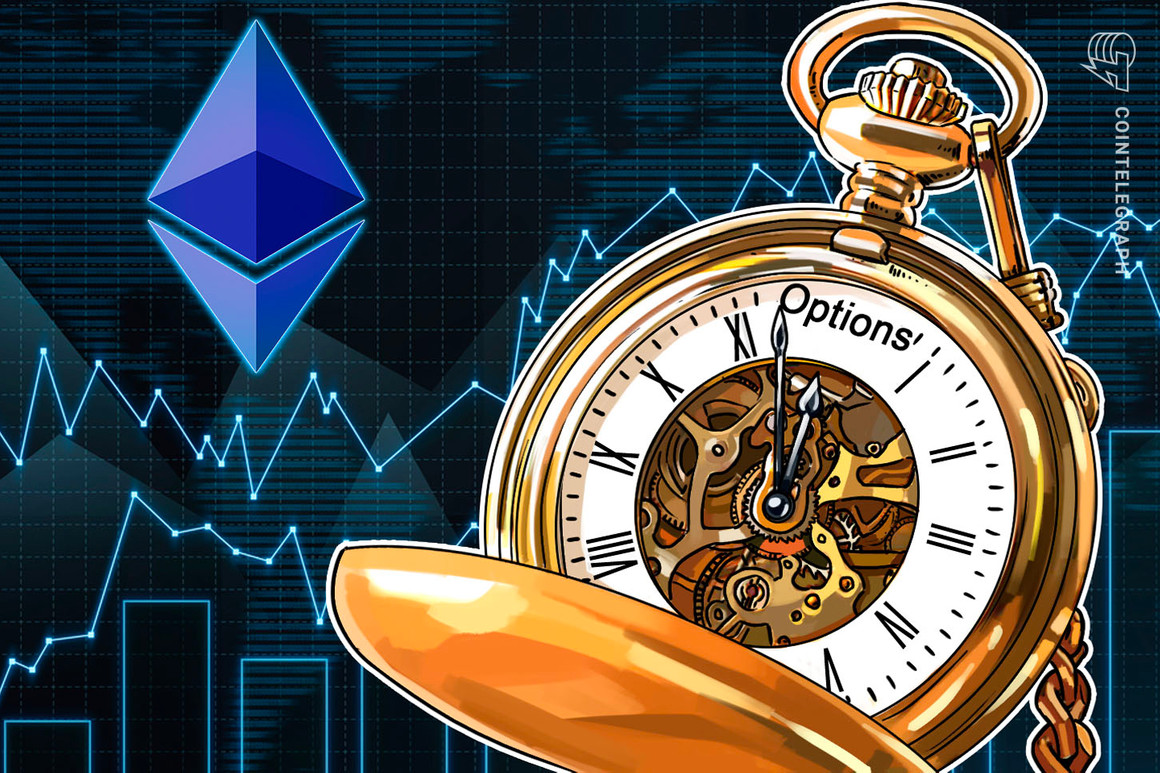 Ether’s (ETH) 53% rally between July 13 and 18 gave bulls an edge in July’s $1.26 billion monthly options expiry. The move happened as Ethereum developers set a tentative date for the “Merge,” a transition out of the burdensome proof-of-work (PoW) mining mechanism.

According to some analysts, by removing the additional ETH issuing used to finance the energy cost required on traditional mining consensus, Ether could finally achieve the “ultra-sound money” status.

On Beacon Chain, the issuance will be around 1,600 ETH per day decreasing the inflation significantly from 13,000 ETH per day on PoW.

Whether or not sound monetary policy revolves around constantly changing the issuing and burning rules remains an open question, but there’s no doubt that the Ethereum developers’ video call on July 14 helped to catapult ETH price.

On July 26, a sudden dramatic spike in Ethereum network active addresses raised multiple speculations about whether Ether is targeting its previous all-time high. Analytics firm Santiment reported that the number of 24-hour daily active addresses reached 1.06 million, breaking the previous 718,000 high set back in 2018. Theories such as “Binance doing a maintenance sweep” emerged, but nothing has been confirmed yet.

The main victims of Ether’s impressive 20% recovery on July 27 were leveraged bearish traders (shorts) who faced $335 million in aggregate liquidations at derivatives exchanges, according to data from Coinglass.

The open interest for Ether’s July monthly options expiry is $1.27 billion, but the actual figure will be lower since bears were overly-optimistic. These traders got too comfortable after ETH stood below $1,300 between June 13 and 16.

The pump above $1,500 on July 27 surprised bears because only 17% of the put (sell) options for July 29 have been placed above that price level.

The 1.39 call-to-put ratio shows the dominance of the $730 million call (buy) open interest against the $530 million put (sell) options. Nevertheless, as Ether stands near $1,600, most bearish bets will likely become worthless.

If Ether’s price remains above $1,500 at 8:00 am UTC on July 29, only $80 million put (sell) options will be available. This difference happens because a right to sell Ether at $1,500 or lower is worthless if Ether trades above that level on expiry.

Bulls are comfortable even below $1,600

Below are the four most likely scenarios based on the current price action. The number of options contracts available on July 29 for call (bull) and put (bear) instruments varies, depending on the expiry price. The imbalance favoring each side constitutes the theoretical profit:

This crude estimate considers the put options used in bearish bets and the call options exclusively in neutral-to-bullish trades. Even so, this oversimplification disregards more complex investment strategies.

For example, a trader could have sold a put option, effectively gaining positive exposure to Ether above a specific price, but unfortunately, there’s no easy way to estimate this effect.

Ether bulls need to sustain the price above $1,600 on July 29 to secure a decent $230 million profit. On the other hand, the bears’ best case scenario requires a push below $1,500 to reduce the damage to $60 million.

Considering the brutal $330 million leverage short positions liquidated on July 26 and 27, bears should have less margin to pressure ETH price lower. With this said, bulls are better positioned to continue driving ETH higher after the July 29 monthly options expiry.